Electric current is just a flow of charges. These charges are transferred by electrons in metals, so current can be defined as flow of negative charges due to the motion of electrons. However, in solutions, ions can also cause electric current. In conductors, which bare mostly metals, the valence electrons are not bounded to an individual atom. They can move about in the material freely, conducting current.

But in the case of insulators the valence electrons are tightly bound to the atoms and thus cannot move. This restriction of motion of atoms is the basis of resistance to the flow of current in the insulators.

While electrical insulation is the major phenomena, there are various types of insulators discussed here:

Thermal insulators are those materials that prevent or reduce various forms of heat transfer (conduction, convection, and radiation). Insulator resists the heat transfer from outside to inside direction and vice versa, whether the environment temperature is high or low.

Acoustic insulators prevent the permeability of sound and absorb it or try to disperse it. Sounds transmit through the air so we can distinguish the different types of voices as well as the noise.

All buildings need insulation from moisture, rain, groundwater, and surface water because moisture damages the elements of construction and their materials and release undesired smells with the breeding of insects and mice and bring diseases. Materials for resisting flow of water are called waterproofing insulator.

Materials that stop or resists the flow of harmful alpha, beta or gamma radiation are called radiation insulators.

As discussed before, Materials that resist the flow of electric charges, and thus electric current are called electrical insulator.

Do read: What Is Chemical Engineering

Insulating material is generally used as a protective coating on electrical conductor and cables. Cable cores which touch each other should be separated and insulated by means of insulation coating on each core, e.g. polyethylene, cross linked polyethylene-XLPE, polyvinyl chloride-PVC, Teflon, silicone etc. All hand-held electrical appliances are insulated to prevent their user from electrical shock hazard.

All electronic appliances and instruments widely contain PCB (printed circuit boards) having different electronics components on them. PCBs are manufactured of epoxy plastic and fiberglass. All electronics components are fixed on the insulated PCB board. In SCR (semiconductor rectifiers), transistors and integrated circuits, the silicon material is used as a conductive material and can be converted into insulators using a heat and oxygen process.

There are many advantages of thermal insulation such as that they isolate the building from heat and reduce the energy consumption as well as the cost of air-conditioning system. Also, it makes the indoor temperature of the building stable and non-volatile.

It prevents damaging of building materials and elements of the house as well as Efflorescence of the walls, floors, and ceilings. Waterproofing reduces the risk of damaging paint, and the failure in the timber used and wooden décor.

Radiation insulators are important in nuclear power plants and are very necessary to dispose of the nuclear waste. Simple things like the summer sun protection cream is also a type of radiation insulator that reduces the risks of many diseases. 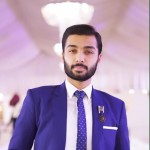