“Words are singularly the most powerful force available to humanity. We can choose to use this force constructively with words of encouragement, or destructively using words of despair. Words have energy and power with the ability to help, to hinder, to hurt, to harm, to humiliate and to humble.”

Physiological barriers is a type of communication barriers that may result from individuals’ personal discomfort, caused, for example, due to sick health, poor eyesight, or listening difficulties.

These may additionally have an effect on one’s persona in lot of different and mostly negative ways.

This can exceptionally be handled by trying to develop a positive perception because some physiological features contributing to barriers may not be curable.

Culture prescribes behavior. Humans can adapt to various cultures as soon as we admit it and admire that cultures are different so that we can be recognized from others and that no specific connotations need to be attached to one culture or the other.

Language is a gift for us as it describes what we want to say but it is a barrier to others who don’t know our expressions, buzzwords, and jargon. When we talk in our language, it’s like we are excluding others from our life. If we want to make others happy anywhere in the world we have to talk in their language.

Withdrawal is an absence of interpersonal contact. It is both refusals to be in touch with others. Some of the reasons are as follow:

If mental condition of the communicators is disturbed by mental disturbance, then communication will not be successful. Like if they are not emotionally stable, they would not be able to communicate properly.

One of the other mental obstacles to open and free conversation is the emotional barrier. It is particularly consisting of worry, mistrust, and suspicion. As explained earlier the roots of our emotional distrust of others lie in our childhood and infancy when we were taught to be cautious what we said to others.

Stereotypes are widely circulated ideas or assumptions about groups. Stereotypes are commonly poor attitudes which people use to justify discrimination of conflict against others. According to Pennington (1986) ” there are two characteristics of stereotypes:

HOW TO BE A GOOD COMMUNICATOR

To overcome these communication barriers and to be a good communicator, one needs to: 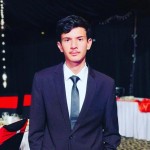 I am a student of National University of Science and Technology (NUST), Islamabad studying Mechanical Engineering. I am also a Content Writer and know little bit about photo and video editing.