English Literature had its fair share of great writers. There were people who left a mark on this world through their writing. From plays to novels to poems, English writers have given the world the finest books. Some of the writers even introduced new writing styles.  These people influenced many lives and became a source of motivation for many people.

Let us embark on a journey to know about some of the greatest minds this world has ever seen.

“Hell is empty and all the devils are here”

The first name that comes into mind while talking about English literature is William Shakespeare. This man redefined the English language. His plays are still enjoyed worldwide. New York Broadway is standing on his plays. He gave the English language almost 3000 new words which are still used. Some of his famous work includes Hamlet, Romeo and Juliet, Macbeth, The Merchant of Venice, and Othello.

“If I loved you less, I might be able to talk about it more”

If I dare say, she is the queen of English Literature. This woman gave a new definition and meaning to English novels. The stories she writes are embedded into a reader’s mind for a lifetime. Her stories make the reader’s imagination to go wild. The characters of women she portrays in her novels are a definition of what strong and independent women should be. Her famous work includes Pride and Prejudice, Emma, Becoming Jane, Sense and Sensibility, and Northanger Abbey.

“Time and tide wait for no man”

He is considered as one of the most amazing poets of English literature. The best thing about Geoffrey’s work is that the characters he introduced to his audience were very relatable and lifelike. He put life into every one of his poems. His work is still adapted in many theater performances. His famous poems are the book of the duchess, The house of fame, The Nun’s priest’s tale, The legend of good women, and The cook’s tale.

“There is nothing in the world so irresistibly contagious as laughter and good humor.”

Children’s stories are the magic that is created by Charles dickens. His novels are taught in schools as a course because they define what a story should look like. The characters and stories dickens has introduced to the world have no match. His characters are known to every single person. The Adventures and thrill he puts into his novels are extremely engaging and powerful. His popular novels are Oliver Twist, David Copperfield, A Tale of Two Cities, Great Expectations, and The Pickwick Papers.

“War is peace. Freedom is slavery. Ignorance is strength”

George Orwell was the pen name of Eric Blair. This man was never afraid to write his thoughts. If you like politically writing then he is your go-to the writer. His work is widely read all over the world and his ideas and views are supported by so many people. His well-known books are Nineteen Eighty-Four, Animal Farm, Homage to Catalonia, Coming up for Air, and politics and English literature.

“There is nothing to writing. All you do is sit down at a typewriter and bleed”

He was a journalist turned novelist. His work was very influential and motivational. His stories are worth life-changing. Many of the great online editors are named after him because he had such good command on English grammar. Some of his famous books are The old Man and the Sea, A farewell to arms, For whom the bell Tolls, A moveable feast, and The sun also rises.

“Don’t give up. There are too many nay-sayers out there who will try to discourage you. Don’t listen to them. The only one who can make you give up is yourself”

Sheldon is one of the new world’s faces. He is a writer and producer. He has written so many plays for Broadway. He specializes in mystery, thriller, and suspense. His work is very famous among the new generation. Many of his books are converted to movies. Some famous work of Sidney Sheldon includes aster of the Game, Nothing Lasts forever, if tomorrow comes, and tell me your dreams.

“Happiness can be found, even in the darkest of times, if one only remembers to turn on the light”

Ever heard of Harry potter? Yes, that masterpiece is written by J.K Rowling. She is a living legend. She introduced the world to the most famous and loved characters ever written in English literature. She combined real emotions with a fantasy world and stunned the world by her amazing story writing skills. Her books are the best selling series in the whole world and they are translated into hundreds of different languages. Harry Potter series, Fantastic beast, Cormoran Strike series, and A love letter to Europe are her popular work.

These were some of the amazing minds behind English literature. These people had the ability to change the world and they did that through their powerful writing. Who is your favorite writer among these? 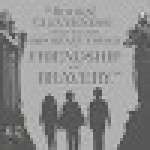